“A Conversation with Women in Sports Law” WISLaw Event at Southwestern Law School’s Biederman Entertainment & Medial Law Institute, Thursday October 17, 2019
The WISLaw event took place at Southwestern Law School’s Biederman Entertainment & Media Law Institute in Los Angles the evening of Thursday, October 17, 2019.  The event was hosted by Lindsay Brandon, Associate at the Law Offices of Howard L. Jacobs and WISLaw Regional Coordinator for the United States, and Lauren Brock, Southwestern Law School Alumna and WISLaw member.  The event featured a panel of conversation with Maidie Oliveau, CAS Arbitrator and WISLaw member; Catherine Haight, Immigration Attorney and WISLaw member; and, Alanna Frisby-Hernandez, SVP of Legal at Wasserman Media Group.
The conversation focused on the most important issues facing the sports law industry, as seen through the eyes of some of Los Angeles’ most prominent female sports lawyers.  This included immigration issues for athletes and support personnel under the current U.S. administration; media rights for NCAA and Olympic athletes; preparation for the 2028 summer Olympic Games in Los Angeles; and, the recent high-profile anti-doping decision handed down in USADA v. Salazar.  Each speaker shared her journey to becoming a sports lawyer, as well as what working in sports law meant for each of them.
The audience found the conversation highly educational and entertaining, and the group of around 75 guests gathered for drinks and snacks after the event to network. 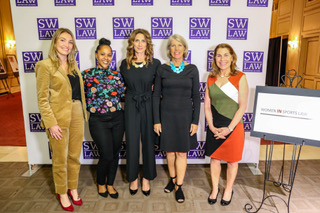 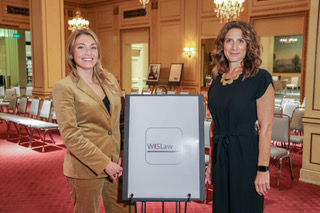 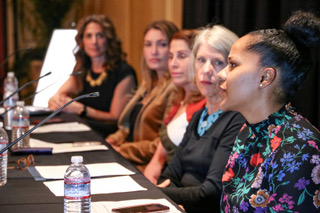 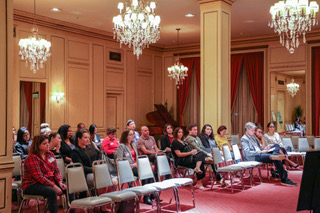